Thank you for sponsoring me. I like my school. May God bless you and your family.”

This note represents one of many sent by orphaned children in Uganda who, but for the dedication of Marta Roffey, would be at best an uneducated servant in a relative’s home, at worst a victim of human trafficking. 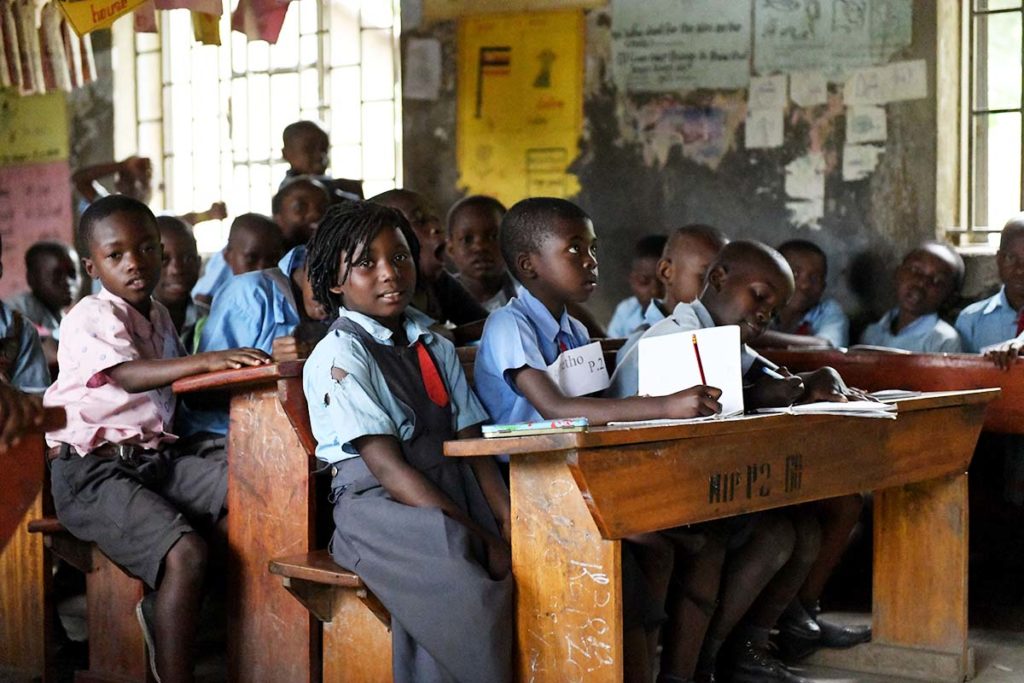 In the late 1980s, Marta and her husband, Jim Roffey, (pictured above), left Canada and went to Rwanda to run an orphanage. Marta grieved as she watched babies and young children die from AIDS despite her efforts to save them. After some years she and Jim transferred to Uganda to build orphanages funded by the Danish government. They would drive around the countryside collecting orphans from their villages and bringing them to the orphanage, only to have many run away back to their villages. Marta learned that usually orphans had relatives who could take them in, thus keeping them in their familiar environment. Often the relatives were poor, and if any children in the family were to be educated, their own children would be first.

Marta had a burden for these children and their education, believing that education could change their lives and give them a future. She set up FACE—Free African Children thru Education, with the idea of providing funding for orphans attending village Adventist elementary schools. In the beginning Marta was president, Jim was vice-president, and her daughter, Wendy, who lives in the United States, was treasurer. While on furlough, Marta and Jim travelled from church to church in the United States and Canada, talking about FACE and obtaining pledges and donations for the children. After they were transferred to Burkina Faso, they continued to expand the work of FACE, until there were around 45 schools, with up to 20 sponsored orphans in each school.

Marta and Jim returned to North America, living first in Georgia, and then in Ontario, where Jim passed away about 10 years ago. Marta recruited other friends to serve on the board of FACE, but it became a full-time occupation for her: communicating with the schools, reviewing and filing their reports, wiring funds to Uganda, and complying with Canada Revenue Agency requirements. Every year she mailed out letters, report cards, and photos to each sponsor.

I first met Marta when I responded to an appeal in her annual newsletter for a bookkeeper to help her comply with CRA requirements. We never met in person but spent many hours on the phone as she told me FACE’s history and shared experiences she’d had in Africa. Marta loves to talk, she loves her Lord and her church (while in Africa she taught herself to play the piano so she could play for church), and she has a deep passion for the education of children.

Over the past few years, Marta developed health problems that forced her to pass on the work of FACE to others. When it appeared that FACE would have to close, God provided an executive director and other volunteers to continue the work. FACE needs more donors and more volunteers to ensure that Marta’s legacy will live on in the lives of orphans in Africa.

Charlene Masson lives in Alberta and volunteers as Secretary/Treasurer for FACE.